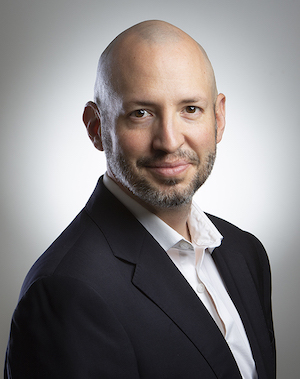 Jacques Domenge is a consultant and coach with Inspired-Inc., focused on leadership and organization development.  Jacques is currently based in the Washington, DC area, where he is a leadership and career coach at Johns Hopkins University.

He believes that hidden in every human being is a tremendous capacity for splendor and unrealized potential. Through coaching, introspection, the right tools and a personal commitment to grow, any person is capable of this.

His early career started in finance with work in investments, retail banking and back office at the NIH Federal Credit Union. He then transitioned into recruiting where he successfully placed executives, including CEO-level. Jacques has since spent the past decade working in business schools, coaching students and alumni in a broad range of professions and industries. His work in organization development, coaching and facilitation has spanned partnering with education systems to facilitating meetings for executive teams at Fortune 50 companies.

Jacques has benefitted from an international background with citizenships in Mexico, the US, and France. He is a native speaker in English, and fluent in French and Spanish, with a growing vocabulary in German and Mandarin. Being the son of a former World Bank employee, Jacques has traveled extensively all over Europe, the Carribean, North America, and parts of Africa and Asia. He prides himself on his cross-cultural sensitivity and is most at home working with people from different cultural backgrounds.

Jacques has an insatiable appetite for knowledge and new ideas. He has published 17 articles on LinkedIn and has over 1,700 followers. He has spoken at global conferences and the Brookings Institute on topics including working with international audiences, gamifying processes, and personal branding. He has most recently completed an Executive Certificate in Leadership Coaching from Georgetown University’s Institute for Transformational Leadership and expects to receive his PCC coaching designation within the next few months. Jacques has also received training in ombudsmanry from the International Ombudsman Association. Prior to this, Jacques completed a Master of Science in Organization Development at American University and a Bachelor of Arts at the University of Maryland.

Jacques has taught classes at American University’s Kogod School of Business and has led countless workshops debriefing psychometric instruments like the MBTI Step I and II, the Clifton Strengths, and the EQ-i 2.0.