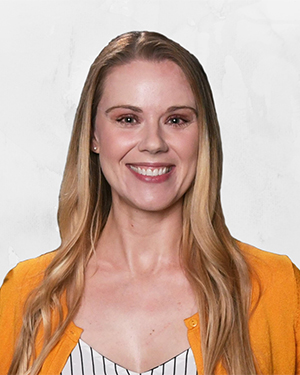 Katie Rozner comes alive by partnering with individuals and teams to help them achieve greater efficiency, effectiveness, and health. As a consultant and coach with Inspired-Inc., she focuses on cultural competence and leadership development. Katie is currently based in Las Vegas, Nevada, where she serves as chief of staff for U.S. Senator Harry Reid (Ret.).

In 2014, she moved from Washington, D.C., to Las Vegas, Nevada, to start her own business and be closer to family. For three years, Katie leveraged her education, professional experience, and creativity to build a product-based micro business.  Prior to that, Katie served as a facilitator, instructional designer, and organization development consultant for the non-partisan U.S. Senate Office of Education and Training.

From 2004 to 2014, Katie enjoyed a successful and rewarding career working for Senator Harry Reid in both his Las Vegas, Nevada, and Washington, D.C., offices. It is through her decade of public service that she discovered her passion for coaching and guiding transformational change. While attending a staff retreat, Katie observed colleagues speaking to counterparts they normally avoided, and other colleagues who were normally disengaged, excitedly participating in exercises. This retreat was part of a long-term cultural change process that elevated and transformed Team Reid into a highly efficient, effective, and nimble organization. Katie thrived as a participant and later as cross-functional team leader and pro-active agent of change.

In her spare time, she enjoys spending time with friends and family, training her two dogs, Doc and Maddy, reading, cooking, baking, swimming, and hiking. Katie loves to visit historical places and immerse herself in local culture. She has travelled extensively in Europe, North America, parts of Latin America and Africa.

Katie earned a B.S. in psychology from the University of California, San Diego with honors, and a M.S. in organization development from American University, where she was awarded distinction on her practicum project/thesis, and became the first first-year student ever in her program to be honored as a Segal-Seashore Fellow and Scholarship recipient. She is certified to administer the MBTI Step I and II, FIRO-B, and PMAI. Katie is a native speaker in English and conversational in Spanish.